In partnership with Stoke-on-Trent City Council and Staffordshire Fire and Rescue Service (SFRS), Unitas hosted a visit from members of the All Party Parliamentary Fire Safety & Rescue Group (APPG) on Thursday 9th September. During the visit, the APPG were shown around Council owned high-rise blocks across the city.

An important focus for the new project is fire safety. The completed apartments display the brand-new sprinkler installation which was shown to the APPG along with a guided tour around the tank room and pumping system.

Sir David Amess MP, Chairman of the APPG thanked the teams for the visit, stating: “The presentations given were of highest quality and it was obvious to everyone that Staffordshire is at the lead in fire suppression in social high-rise housing, with the effective relationships established, both with the local authority and private housing providers, all of whom were extremely passionate and knowledgeable about the partnerships and the reasons/benefits underpinning them.”

“The members were most impressed with everything they saw and heard. A special thank you to your partners at Unitas Stoke-on-Trent Ltd and to your other numerous private Housing providers, whilst not forgetting the important residents we were able to meet, which gave an added dimension to the partnership.”

The All Party Parliamentary Fire Safety & Rescue Group (APPG) work to ensure a safer built environment, contributing to fire safety events both inside and outside Parliament, whilst raising issues of concern to government through its ministers.

Wayne Booth, Director of Unitas said “Unitas is very proud to be leading the way in fire safety works across the city’s high & low rise blocks to ensure they are safer places for residents to live.  The work has been completed to Unitas’ usual high standards and has received great feedback from our residents.”

Cllr Carl Edwards, Cabinet Member for Housing and Environment said: “I was pleased to see the Fire Safety and Rescue All Party Parliamentary Group in the city to visit and see first-hand some of the improvements that have been put in place. Tenants safety is our number one priority and we do all that we can to ensure this including making sure all high rise flats are fitted with sprinklers. I welcome that this has been recognised as good work nationally and we are pleased that word is spreading about Stoke-on-Trent as a great place to live.”

Ashley Mather, from Staffordshire Fire and Rescue Service, said: “Sprinklers are an incredibly effective means of protecting both lives and property from fire. Although changes to legislation now require sprinklers to be installed all new blocks of flats over 11 metres, Staffordshire Fire and Rescue Service continues to lobby for sprinklers to be installed in existing high rise buildings.”

“Unitas have already committed to sprinklers in all their high rise and have demonstrated that they can be retrofitted in a way that minimises impact on residents whilst providing maximum levels of protection from fire.”

“By arranging for the All Party Parliamentary Group to visit Seddon Court and see first-hand the realities of sprinklers, they are now better informed to push for legislative changes to further increase the prevalence of sprinklers.”

“We are always keen to discuss the benefits of sprinklers and would welcome any opportunities to meet with other housing providers who may wish to follow in Unitas steps and embark on their own sprinkler journey.” 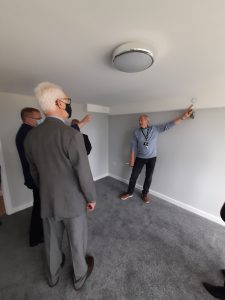 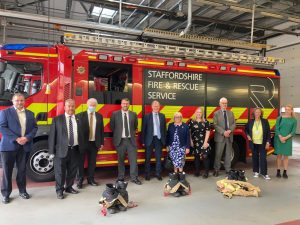 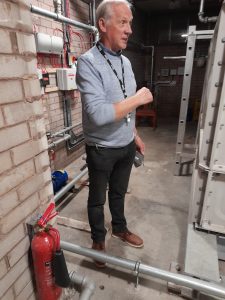